The Firehouse 12 Spring 2013 Concerts Series rolls this Friday March 29 with an appearance by the Lisa Mezzacappa Trio featuring Fay Victor.  Ms.Mezzacappa, based in the San Francisco Bay area, is one of the busiest musician/curators around. Not only does the bassist/composer lead several different ensembles (Bait & Switch being the most recognizable) but she also programs several different music series in Los Angeles and San Francisco as well as a live Cinema series.  Her Trio with the exciting Brooklyn, NY-based vocalist Fay Victor blends pop, jazz and blues influences into a sonic adventure unlike any you have heard. Ms. Victor, who leads her own ensembles, is a fearless improviser who treats words and sounds with equal weight.  She enunciates, even when she is scat-singing.  Rounding out the Trio is guitarist John Finkbeiner who has worked and recorded with bassist Adam Lane Full Throttle Orchestra, with drummer Vijay Anderson's various groups and alongside Ms. Mezzacappa (and Mr. Anderson) in the wonderfully eclectic and electric Bait & Switch. He's also got a great feel for the blues which stands him in good stead in this Trio.

Judging by the music the bassist has posted on her website (www.lisamezzacappa.com), the Trio makes one sit up and pay attention.  They'll play 2 shows - 8:30 and 10 p.m. (each with its own admission charge) -  and you can get more information by going to firehouse12.com or calling 203-785-0468.

Last week, the Matthew Shipp Trio rocked the Firehouse with its exciting brand of creative improvisations. 2/3rds of the Trio - pianist Shipp and bassist Michael Bisio - creates the music of "Floating Ice" (Relative Pitch Records), a CD that appeared late in 2012. 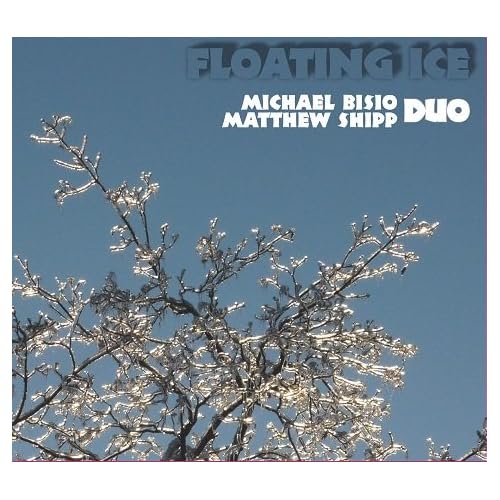 The 7 tracks will not surprise anyone who has listened to the Shipp Trio in that much of the music has a great forward motion and that the strong left hand of the pianist frees up the bassist to play counterpoint.  There are some wonderful moments; "The Queen's Ballad" is a slow exploration built off a handsome melody that Shipp creates an impressive solo from.  Meanwhile, Bisio moves beneath the melodic surface creating his own impressions (and rhythms) that catch the ear. The light-hearted swing of "Holographic Rag" suggests "Jelly Roll" Morton, Professor Longhair and Conlon Noncarrow in its bluesy feel and rhythmic drive. It's the longest track on the CD (10:29) yet moves with stealth and allows for a fiery bass solo that really moves.

The introspective opening of "Disc" shows a strain of Chicago blues before moving out and away from its melodic center (and doing so without resorting to high volume or displays of technical prowess.)  Bisio's arco work sets the slower pace of the final cut, "Decay", a work that builds in intensity and then moves away from its climax on the rapid-paced bowing bass lines.  Shipp's droning chords over the bowed bass close the piece on a strident note.

The music created by Michael Bisio and Matthew Shipp on "Floating Ice" demands your attention and deserves it. The 2 musicians know each other well and that friendship gives them the freedom to make music that goes in many directions (and never gets lost.)  For more information, go to michaelbisio.com.

Like the more famous Neil Young, British artist Neil C. Young is a guitarist and composer.  But, the younger Young does not rock out a super volume or create electronic landscapes or acoustic songs that go right to the heart of human relations.  On his 4th CD as the leader of the Neil C. Young Trio, "El Camino" (ENCE), one hears music that blurs the lines between rock, blues, r'n'b and jazz without ever erasing those lines.  Ably supported by bassist Alan Witham and drummer Richard Young, the guitarist creates a program that is enjoyable, undemanding and, for me, brings back some fond memories.  When I was much younger, I used to scour the "cutout" bins for 45 r.p.m. vinyl records of an instrumental nature.  9 out of 10 times, I had no idea what the music was like or who the artists were but the price was often 4 for $.99 cents" - every once in a while, I'd come across a gem from the DOT label or SMASH or Chess Records.

"El Camino" reminds me of those long-gone treasures in that the music will not knock you out of your chair but, unlike many of those earlier recordings, the musicianship is top-notch.  Neil C. Young is an excellent rhythm guitarist - a majority of the 8 tracks on the CD are built off of the solid rhythm section and the strong guitars that often comprise the melody.  There are moments on the opening track, "Nutter Strut", that remind this listener of the rhythm guitar work of Jimi Hendrix, another musicians who often built his songs and solos off his chordal work.  The "country meets jazz" feel of "The Wagon (it left without me)" works quite well, with a touch of Wes Montgomery and Lenny Breau, although the rhythm section is a bit "clunky."  No such problem on "Slashville", where the drums and bass set the pace while the leader plays a hearty solo. Perhaps the best track is the lovely "Ballaed" (sic), with its stately melody and excellent counterpoint from the bass.

The music that the Neil C. Young Trio creates on "El Camino" probably won't blow you away but the results are certainly easy to listen to.  Go to www.neilcyoungtrio.com and give the band your ears.
Posted by Richard B. Kamins at 5:42 PM