The Joys of the Duo + The Rhythms Lead the Guitarist

We have more time to listen to music and it's such a relief from the headlines snd baseless accusations that fill the air every day in the United States.

Nearly twenty years have passed since alto saxophonist Miguel Zenón recorded his debut album as a leader ("Looking Forward" was issued in 2002 on Fresh Sound New Talent –– the personnel included, among others, bassist Hans Glawischnig and pianist Luis Perdomo, both of whom are still members of his Quartet (drummer Henry Cole joined in 2007).  Over that time, Zenón has matured greatly as a composer, arranger, and saxophonist. His love of the music from his homeland of Puerto Rico has been evident throughout his discography, exposing many listeners to both the folk music and the popular songs that spans many generations. 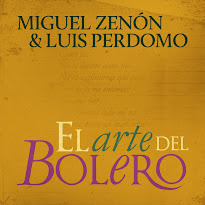 In September of 2020, Zenón and Perdomo recorded a concert in the New York City venue the Jazz Gallery that was presented online in November.  Both musicians felt that the music was so good that the concert should be shared with a larger audience. "El Arte Del Bolero" (Miel Music) features six songs, all taken from the Puerto Rican songbook of the 1940s-70s.  Richly melodic, the program flows forward on the strength of classic Puerto Rican songs, Perdomo's delightful accompaniment and Zenón's singing saxophone.  When you listen to the opening "Como Fue", it's easy to get lost in the flowing melody lines, the fine piano work, and the emotional performance.  "Alma Adentro" is not only a song that the saxophonist's loved growing up but also served as the title track of a large ensemble album Zenón released in 2011. The unaccompanied alto sax intro sets the stage for a stunning reading of the piece.  How both musicians use the occasional silence to create tension is quite amazing.
The music on "El Arte Del Bolero" is perfect for late afternoon and evening listening –– you might even want to twirl your partner around the room. The Venezuelan-born Perdomo brought "Ese Hastio" to the session; it's a piece he first heard on a Ray Barretto album ("Rican-Construction" from 1979).  The piece features an excellent sax solo, one that covers a wide range of the alto but never loses touch with the melody. The pianist creates a rapturous solo, so rich in melodic lines and possibilities.
The album goes from one beautiful moment to the next.  "La Vidas es un Sueño" ("Life is a Dream"), composed by the Cuban-born guitarist and composer Arsenio Rodriguez (1911-1970).  The melody line may remind some of Nat King Cole's classic "Mona Lisa" –– this version expands upon the ballad with fine, emotionally rich, solos.
Every time I listen to this music, it makes me smile.  Such a pleasure to listen to Miguel Zenón and Luis Perdomo interpret this music, making it their own while keeping in mind how these songs are an integral part of the Latin American culture, the building blocks for the music one hears today from the Caribbean as well as Central and Latin America.  "El Arte Del Bolero" will enrich your listening life and help you through darker times.
For more information and to purchase the music, go to https://miguelzenon.bandcamp.com/album/el-arte-del-bolero. 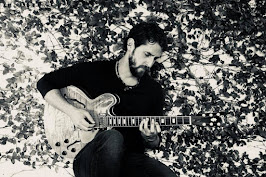 Guitarist, composer, painter, and educator, Gabriel Vicéns has been playing and studying music since he was 12. Born and raised just outside of San Juan, Puerto Rico, he heard all sorts of music, from his island's native "folklorico" to alternative rock to "pop" music to classical.  Vicéns studied at the Conservatory of Music of Puerto Rico, taught music at the Interamerican University of Puerto Rico, and then moved to the United States where he earned a Masters of Music degree from Queens College (NYC).  Currently, he's studying for a Doctorate of Musical Arts from Stony Brook University in the program currently run by trombonist Ray Anderson and Daria Semegen. Vicéns is also an accomplished painter, continuing his studies in New York City with Pat Lipsky.  Besides jazz, the guitarist also composes classical music, working with Carlos Cabrer and Lois V. Vierk. 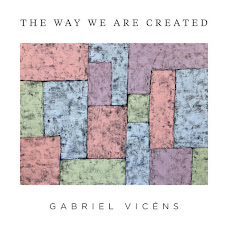 Vicéns, who has played and recorded with artists such as drummer Henry Cole, David Sanchez, Luis Perdomo, Miguel Zenón, and Rudy Royston, has issued two albums as a leader: 2011's "Point In Time" and 2015's "Days" (the latter released on Greg Osby's Inner Circle Music).  His third recording is imminent (1/15/21). Co-produced by Zenón, "The Way We Are Created" (Inner Circle) finds the guitarist leading a sextet that includes Glenn Zaleski (piano), Rick Rosato (bass), E.J. Strickland (drums), Roman Filiú (alto saxophone), and Victor Pablo (percussion including barril de bomba and panderos de plena).   While previous recordings featured percussion, the music for the new CD was written from the rhythms up.  The program is exciting, rolling forward on the playing of both Pablo and Strickland as well as the enticing melodies Vicéns created for the various folkloric rhythms. 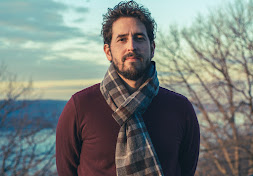 The shadows of John Abercrombie and early Pat Metheny easily hang over the tone of Vicéns's guitar while the melodies he writes blend myriad influences. The episodic title track opens the album with a blend of American funk (Strickland's drumming is truly in-the-pocket) and the subtle bomba rhythms of Pablo –– it took a few listens to pick out the latter percussionist but note how embellishes the playing of his rhythm section partner.  The leader really digs into his solo, alternately dancing with the rhythm section and pushing against them. Filiú's solo is more abstract as it bounces off the strong chordal work of Zaleski.  Strickland solos (it's quite powerful) before the sextet heads back to the opening theme. 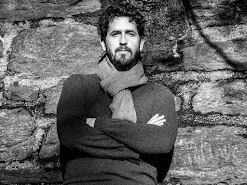 Highlights include the short hand drum - guitar duet "Caribeno y Pensador", an intimate interaction with melodic guitar fragments over a steady rhythm, which leads into the high-powered "The Upcoming."  Zaleski adds a low-end repetitive melody line before Vicéns and Filiú enter to state the theme.  The pianist takes the first solo, dancing with the rhythms and setting the stage for the powerful alto sax solo. The propulsive "A City of Many Mysteries" not only highlights how creatively Pablo and Strickland interact but also features some thick, foundational, bass lines from Rosato plus more strong solos. Pablo steps forward on "Retorno", telling a percussion story over the chiming guitar chords.  The drums not only "talk" but are also insistently rhythmical.  The piece fades into the final track, "The Mystery of S.T.", a rollicking work with a call-and-response theme (guitar and alto sax), rapid fire riffs from Vicéns and Filiú, and splendid drumming plus percussion shaking the speakers.
The temptation to talk about every track is hard to ignore but you should go to https://gabrielvicens.bandcamp.com/album/the-way-we-are-created and listen to the title track (also check the "live" version from 2017 below).  That should whet your appetite for all of "The Way We Are Created" –– Gabriel Vicéns has created a thoughtful, exciting, and powerful program, music that should sound and feel quite fine in a live setting (whenever that may come around again).  In the meantime, dive headfirst into this delightful disk!
For more information about this impressive young artist, go to www.gabrielvicens.com/.
Here's the live take of the opening album track –– the sextet features Vicéns and Filiú plus pianist Sam Harris, bassist Ricky Rodriguez, drummer Rudy Royston, and percussionist Markus Schwartz.
Posted by Richard B. Kamins at 3:12 PM