Music of Hope and Humanity

Music has always had the power to move me out of the doldrums, to lift my spirits especially when musicians take chances, ask hard questions, go beyond the cliche or just soothe the anger caused by an increasingly (my opinion) uncaring world. Now I know there are good, caring people everywhere and, though our political views may be miles apart, can still carry on conversations without resorting to name-calling and/or "hate speech." But, what passes for public demeanor nowadays surprises and saddens me. Whether one believes in global warming/climate change or not, to hear that the United States is pulling out of the Paris Climate Accord shows short-sightedness of the highest order (my opinion), a lack of vision for a better future for our nation and the rest of the world.  To see an entertainer holding up a severed head in the name of political satire crosses the boundary of good taste - no matter what you feel about the President, he commands the respect of the office (despite the subject matter of his numerous "tweets").

Still, I am not in a position to whine, I'm neither a Congressman nor a lobbyist. I write about music, believing to my soul that music does have the power to change the world or to, at least, inform us of issues that we keep ignoring (or keep choosing to ignore). 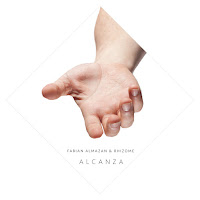 For his third album as a leader, pianist, synthesist, composer, and conceptualist Fabian Almazan has composed an hour-long suite for eight musicians, an ensemble he has dubbed Rhizome.  He has worked extensively with these people, his friends. They include Camila Meza (guitar, vocals), Linda Oh (bass), Henry Cole (drums) plus a string quartet that is composed of violinists Tomoko Omura and Megan Gould (who was not present on 2014's Blue Note/Artists Share album titled "Rhizome" as she was giving birth at the time of the sessions), violist Karen Waltuch, and cellist Noah Hoffield.

"Alcanza" (Spanish for "reach") is available on Almazan's Biophilia label and only as a digital download. However the album package is a sight to behold. It includes a code to download the music from the label's Bandcamp page and is a 20-panel work of origami that opens to reveal portraits of the ensemble, the lyrics, the artist's message, and more. The program is divided into the nine-part "Alcanza Suite"and three interludes that individually put the spotlight on the pianist, Ms. Oh, and Mr. Cole.

If you take the time to speak to Fabian Almazan, you'll find an earnest, thoughtful, and well-informed person.  You hear all that in his music, in the stories that four tracks of the "Suite" tell, of the composer's search for answers to the issues that have plagued and puzzled mankind throughout his/her existence, especially homelessness caused by war, occupation, and famine.  Sounds frightfully serious (and it is) but Ms. Meza's sparkling vocals help the listener navigate the message. And the music calls upon influences from 19th and 20th Century classical music, from the Cuban and Afro-Cuban the composer heard growing up in Cuba and, later, Miami, from the Black composers of the 1960s and 70s, even "heavy metal." You must listen to the entire program each time you enter the music (in fact, the download comes with 12 separate tracks plus the entire program without any breaks). 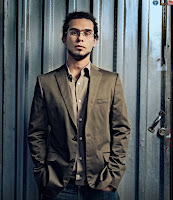 Now, go listen. Check out the brilliant drumming of Cole (a long-time member of the Miguel Zenon Quartet), the wonderfully melodic work of Ms. Oh, the fascinating string arrangements which are an organic part of the music (and not tacked on for color), and the wonderful and wonder-filled piano. There is not one stand-out track but 12! Whether it's the rapid-fire opening of "I: Vida Absurda Y Bella" or the whisper-soft strings on "III: Verla" or Ms. Meza's lovely and soulful vocal on "IV: Mas" or the intelligent interaction of synthesizers, voice, strings, and active rhythm section on "VII: Pater Familias" (not to forget how memorable the melody is), or the psychedelic feel of the final movement ("IX: Marea Alta", which may remind some of Peter Townsend's arrangement of "Love Reign O'er Me" from "Quadrophenia"),  the landscapes created on "Alcanza" are unforgettable.

Yes, I believe this is a necessary, rewarding, and highly enjoyable listening experience.  The music will challenge you even as it soothes.  Fabian Almazan cares deeply about the survival of the human race, believing the human race is all connected no matter our religion, politics, gender, color, or language.  Music is his vehicle and we are the better for his choice. 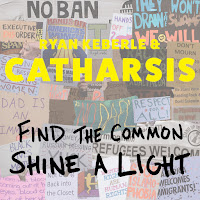 "Find the Common, Shine a Light" is a call to action, one that reverberates throughout the new Greenleaf recording of the same name by Ryan Keberle & Catharsis, the band's fourth for the label and third to feature the lineup of Michael Rodriguez (trumpet), Jorge Roeder (acoustic and electric basses, bass FX), Eric Doob (drums), Camila Meza (voice, guitar, guitar FX), and Mr. Keberle (trombone, Fender Rhodes, melodica, vocals).  The album comes 15 months after "Azul Infinito", a recording that paid tribute to the various Latin and Central American bands the leader played with after moving to New York City from Spokane, Washington where he grew up (although was born in Bloomington, Indiana). 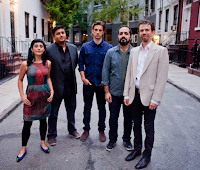 The new album, recorded a week before Inauguration Day in the United States, is certainly a reaction to the pronouncements of the Trump campaign and the comments after Election Day. The opening track, "Become The Water" is part of the refrain from where the album's title comes from; composed by Keberle with lyrics from Mantsa Miro, the song asks questions such as "Why don’t we fight for greater common? Are we not here
to elevate us all?" and "Why do we let our fear
be greater than our greatness? In times of fear, compassion is an orphan." Urging the listener to be awake and aware of the changes and challenges, the refrain dances through the brain like an earworm. Yet, listen to smart arrangement of the brass, the use of Fender Rhodes mesmerizes as the voice soothes and trumpet calls us to pay attention.

Listen to how Bob Dylan's "The Times They Are A-Changein'" (written in the months after President Kennedy was assassinated, the Civil Rights Act was passed, the Vietnam War was escalating, and the Free Speech Movement was starting on college campuses) sounds as if it could have been written last month. Jorge Drexler's Academy Award-winning composition from "The Motorcycle Diaries" (2004) "Al Otro Lado Del Rio" (On the Other Side of the River) addresses a person looking for "a light" because "In this edge of the world /What is not taken is up for grabs." One can argue about who Paul McCartney was referring when he wrote the lyrics to "The Fool on the Hill" but one could argue that, in a number of Williams Shakespeare's plays, The Fool was the one who could get away with telling the hard truths.  The final cut on the album, "I Am A Stranger", composed by Vito Aiuto and recorded by his group The Welcome Wagon features the verse "Tis seldom I can ever see/ Myself as I would wish to be; What I desire I can't attain/ From what I hate, I can't refrain." This call for introspection and empathy in troubled time closes with the mantra "Everything's alright, yes" but that can be a question as a plea.

Ms. Meza's wordless vocals on "Ancient Theory" dance along with her guitar lines - she did not play guitar on the other recordings with the band yet listen to how she moves aside as the melodica moves out in front on "...Theory" framing Roeder's electric bass solo. Pay attention to strong trumpet work of Rodriguez and how he blends so well with the leader's hardy 'bone work.  Door and Roeder are powerhouses throughout driving the music even as they support the soloists and the melodies.  Notice the extra voices on several pieces, creating a chorus in support of both Ms. Meza and the band.  As easy it is to focus on the lyrical aspect of this program, do not neglect the music. This is a "working band" and they speak as "one."

"Find the Common, Shine a Light" comes out on June 16 and can be ordered on Amazon, iTunes, and  from the ensemble's Bandcamp page through Greenleaf Music (go to ryankeberlecatharsis.bandcamp.com/album/find-the-common-shine-a-light).   Ryan Keberle & Catharsis ask us to be diligent in the face of tyranny, to be intelligent in the face of belligerence, and to be united in these contentious times.  While you're at it, see and hear this group live as they have developed into one of the more impressive ensembles in contemporary music.

Here's the song that opens the album: