One Door Closes (for the weekend) & Another Opens (you'll see)

Jan and Ken are taking a well-deserved rest (actually, a busman's holiday) this weekend (7/29-30); therefore, The Side Door Jazz Club in Old Lyme is closed.  Jan Mullen, who searches for and books the talent, is going to the Newport Jazz Festival to scout the talent and hopefully, judging by the lineup (click on the name above), invite artists who have yet to play in the handsome performance space.

When she returns (chances are also good owner Ken Kitchings will be there as well), The Side Door has quite a group of artists scheduled for August through mid-September including trumpeter Dominick Farinacci (8/06), saxophonist Tia Fuller (8/13), vocalist and pianist Champian Fulton (8/26), and saxophonist Rudresh Mahanthappa's "Bird Calls" with trumpeter Adam O'Farrill and (perhaps) pianist Matt Mitchell (9/16). And, there's plenty more!  Go to thesidedoorjazz.com to check to all out. 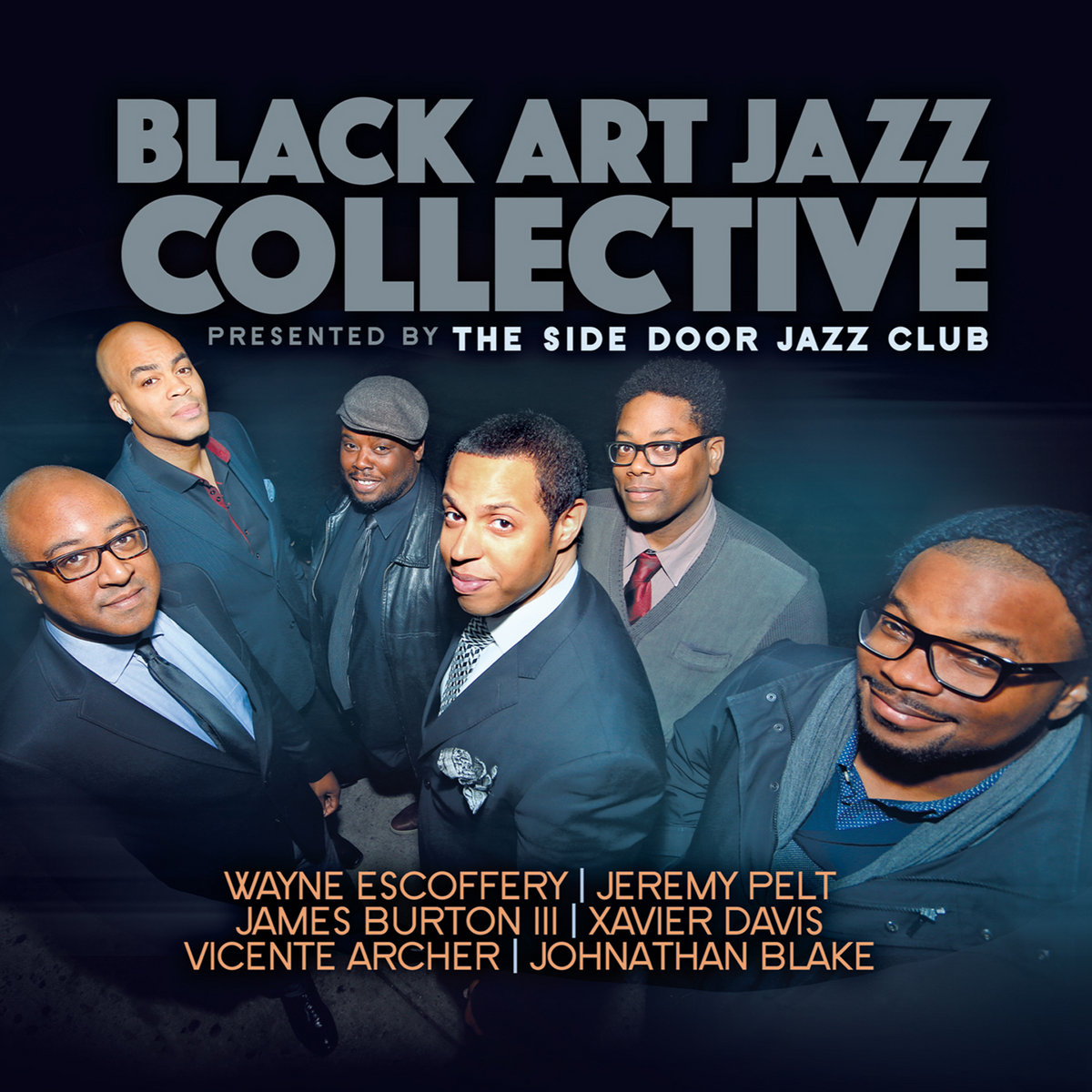 On the weekend of August 19-20, Jan and Ken welcome back the Black Art Jazz Collective.  The sextet, organized in 2012 by Wayne Escoffery (saxophones), Jeremy Pelt (trumpet), Johnathan Blake (drums) and the late bassist Dwayne Burno, first played in Old Lyme in late November 2014, almost a year after the bassist passed.  Mr. Burno was replaced by Vicente Archer with the other members being James Burton III (trombone) and Xavier Davis (piano).  The band recorded live one night and then, the next day, used the space to record even more.

The results of those sessions can now be heard on the sextet's debut album.  Titled "Black Art Jazz Collective: Presented by The Side Door Jazz Club" (Sunnyside Records), the CD includes eight original compositions (two by Escoffery and Davis plus one each from the rest of the band, including Burno but not Archer). Most, if not all, of the group are bandleaders so this "collective" understands that one puts aside egos and focusses on the music.  The recording starts with two pieces by the saxophonist, the fiery "Double Consciousness" and the forceful "Awaiting Change" - pay attention to the work of Davis, Archer, and, especially Blake. as the music swells, pulsates and flows.  Both Escoffery and Pelt play with great fire on the latter track while Burton III's more mellow approach is an excellent contrast to the blasts of the sax and trumpet on the opener.  Yet, listen to how Blake fires up the band Iand he does so throughout the album.

This album is filled with exciting music with influences from Hank Mobley, Jackie McLean, Wayne Shorter and other creative musicians from the 1960s and 70s. "Salvador Da Bahia", from the pen of Davis, changes tempi with the two-handed piano chords leading the way.  Hints of McCoy Tyner's mid-1970s music enters this track, especially in the interaction of Escoffery with Davis, Blake, and Archer.  The pianist's "No Small Change" is a handsome ballad with the trombonist and bassist taking excellent solos.  Both this song and "Awaiting Change" were inspired by Barack Obama while the trombonist's rollicking "Going Somewhere" cites Sojourner Truth as its inspiration.  Pelt's solo has a bluesy edge but moves forward with great energy.  Both Escoffery and Burton match that energy while Davis dances through his solo with great joy.

The album closes with its longest track (12:16); "The Shadower" (inspired by saxophonist Joe Henderson) is the cut from the "live" show. The enthusiastic audience really enjoys the long solo from Pelt, especially the long moaning drone he plays for 90 seconds before launching into a series of phrases, melodic fragments that romp over the powerful rhythm section. By the end of the solo, (over five minutes) the audience is ecstatic.  Escoffery pours his soul out over the funky drums and bass (sounding like something Miles Davis played before going electric.  The saxophonist also stretches out but leaves room for a fantastic piano solo.  Davis starts out unaccompanied, somewhat introspective, but he soon takes a more rhythmic with Blake and Archer joining as he moves in-and-out of tempo. Everyone returns for the final minute, taking the set out on a rousing note.

Black Art Jazz Collective has the power and intelligence to stir an audience, making music that nods towards its influences yet sounds fresh and refreshing.  The Side Door Jazz Club in Old Lyme, CT, opened in May of 2013 with the mission of not only presenting first-class musicians from around the world but also shining its spotlights on younger musicians, especially those who have gone through the Jackie McLean Institute of Jazz at the Hartt School, the New England Conservatory, Berklee, Manhattan School of Music, and elsewhere.  Ken and Jan's first recording project opens a new door and one hopes that this portal stays off its latch a good long time.

For more information, go to sunnysidezone.com/album/presented-by-the-side-door-jazz-club.  For reservations to the CT show, call 860-434-0886 or go to thesidedoorjazz.com.