Stephen Haynes and Joe Morris, the co-curators of the monthly "Improvisations" series at Real Art Ways, 56 Arbor Street in Hartford, welcome tenor saxophonist Jack Wright to the performance space this Sunday (2/16) at 3 p.m.

Mr. Wright, who began playing saxophone when he was 10 years old, has dedicated the past 25 years to playing improvised music.  After a career in education, radical politics and community organizing, he has played in venues around the world, especially in North America and Europe.  The saxophonist created his own label, Spring Garden Music, and has released numerous CDs. 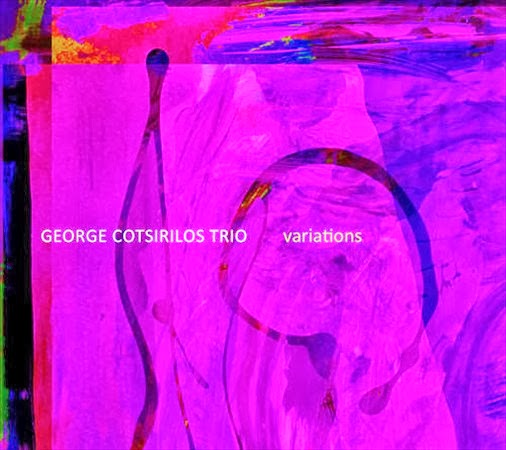 Chicago-native and long time San Francisco Bay area resident, guitarist George Cotsirilos has worked with artists such as drummer Eddie Marshall, vocalist Etta James, saxophonist Pharaoh Sanders and multi-talented Bobby McFerrin.  For nearly a decade, he has performed, toured and recorded with bassist Robb Fisher and drummer Ron Marabuto.  "Variations" is the Trio's 3rd CD for OA2 Records and is a pleasing blend of blues and Brazilian influences as well as wonderful interactions. The leader plays his single-notes lines with such fine articulation, favoring a hollow-bodied electric guitar that gives a big tonal range.  On pieces such as the Cotsirilos originals "I Know You Know", "1937", and "Blues for the J Man", the music swings sweetly atop "blues" changes.  Bassist Fisher is extremely melodic throughout, his lines not only flowing but acting as counterpoint during the guitar solos.  Marabuto is the "foundation" of the music, keeping the songs moving but rarely "showing off."  The leader switches to a nylon-string guitar or several tracks, including the emotionally rich solo reading of Johnny Burke and Jimmy Van Heusen's classic "But Beautiful." He also plays solo acoustic on the original "Justin Case"and brings that sound into 2 of the Trio's "Brazilian"pieces, Ivan Lins' "Doce Presenca" and the bassist's original composition, "Sambrosia."

It would be easy to dismiss "Variations" as background music, mostly because it rarely gets "loud."  However, the strength of the compositions and the joy-filled musical interactions of the George Cotsirilos Trio makes for an inspired program.  For more information, go to www.terjoejazz.com. Israeli-born guitarist Avi Rothbard has been a US resident since the mid-1990s, first in Boston and then, in 1999, in New York City.  He has worked with trumpeter Jeremy Pelt, saxophonist Wayne Escoffery, drummer Ben Riley and many others.  His 5th CD as a leader, "City Colors", is the second release on his Rothbard Music label.  His Trio features the impressive rhythm section of Vicente Archer (bass) and Darrell Green (drums).  The 8 tracks are split between 4 Rothbard originals and 4 "covers."  In the latter category are the "pop" standards "Baker Street" (Gerry Rafferty) and "Bennie And The Jets" (Elton John), "Lawra" (composed by drummer Tony William for a trio recording with Herbie Hancock and Ron Carter) and "Apache" (a 1961 Top Ten hot for Danish guitarist Jorgen Ingmann.)  The Trio really swings on the Williams' piece, with Archer's hard-edged "walking lines" and Green's authoritative drive. There's a gentle quality to Rothbard's rhythm guitar playing as well as a bluesy tinge to his single-note runs.

On the original pieces, there's a real Blue Note Jimmy Smith feel to "Before Noon Comes" (but no Hammond B-3) while "Smoke Screen" uses Deep Purple's "Smoke On the Water" for its inspiration.  On the latter track, Archer and Green get "good and greasy" as they create a funky foundation for Rothbard to jam atop. "Maya's Waltz" is a pretty, medium-tempo, ballad with an open structure that allows for good interplay between the Trio members. "See Walk", the longest cut on the CD at 9:22, opens in a Brazilian vein and stays there through Rothbard's long solo but then begins to pick up in intensity after Archer's solid solo as Green really "kicks up" the beat.

"City Colors" insinuates itself into your brain; perhaps, that's because you may recognize several of the melodies but mostly it's the solid interplay of the the Avi Rothbard Trio. On a chilly February day, these "colors" really warm one's soul.  For more information, go to rothbardmusic.com. 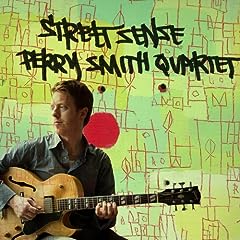 Guitarist/composer Perry Smith, a California native now living in Brooklyn, has issued his second CD as a leader.  "Street Sense" (BJU Records) features bassist Sam Minaie (who played on Smith's 2009 debut, "Stars and Cars"), drummer Ross Pederson, and the fine saxophonist Dayna Stephens.  The 7-song program, consisting of all Smith originals, is well thought-out, smartly executed and plays to the strengths of the musicians.  What is most impressive are the melodies - these songs are not just catchy riffs built for long solos but musical stories that open to thoughtful solos.  For instance, "Please Repeat After Me" opens with a melodic phrase that Stephens and Smith play but that Pederson's sharp snare playing embellishes.  When Stephens moves into his solo, Smith steps away and the rhythm section constructs a solid "bottom."  After a short repetition of the theme, the guitarist takes over and his interaction with the rhythm section is somewhat different as they react to the shifts in his intensity and the phrases he creates.

"Open Spaces" is a sweet ballad with a emotional melody and shimmering brush work. Stephens' deliberate lines and limpid tone reflect the song's title.  Smith's solo and his bell-like tones (not unlike the sound of John Abercrombie) shimmer above the splashing cymbals and rich bass lines.  Minaie, who has worked with pianists Jean-Michel Pilc and Tigran Hamaysan (among others), is an impressive throughout.  His solos are melodic and thoughtful while his rhythmic thrust "rocks" more than "swings" - you can hear him fire on all cylinders on the CD opener "Mr. R.A. The Warrior" and the closing cut "Happy Jungle." The former has an intensity, with the guitarist and saxophonist exchanging "4 bars" while Pederson drives and the bassist pulses.  The rhythm section also has its own exchange, complete with its own sparks.

"Street Sense" is so much fun to listen to.  The 4 musicians interact with gusto, the melodies and the rhythms engage the listener from the very start and there's nary a dull solo.  In the 4 years since his debut, Perry Smith has matured as a composer, arranger and soloist.  The results are formidable.  For more information, go to www.perrysmithmusic.com.