Wayne Shorter turns 80 years old this month (August 25); the music world has been celebrating all year long.  He continues to perform, to compose, and to issue statements that may make you scratch your head but also force you to think.  He could have disappeared when Weather Report disbanded in 1986 but, instead has continued to be in the public eye for his duo with Herbie Hancock and his great Quartet with Danilo Perez (piano), John Patitucci (bass) and Brian Blade (drums).

In April of 2012, trumpeter/arranger David Weiss brought a 12-piece ensemble to Dizzy's Club Coca-Cola at Lincoln Center in New York City.  Weiss, who has an affinity for Black music of the 1960s (his work with and organization of The Cookers has yielded 3 strong CDs), looked at Wayne Shorter's impressive catalog of compositions and chose a handful for the group over the week of gigs, even composing a tune of his own based on a Shorter phrase. As he has done with his Point of Departure quintet (interpreting music by Andrew Hill, Herbie Hancock, Detroit trumpeter Charles Moore and others), Weiss does not mess with the compositions as much as allow the musicians in his group to solo without the need to imitate the original version of the songs.

As to be expected with the aggregation, there are numerous impressive moments.  Ms. Allen's muscular and musical solo on Weiss's "The Turning Gate" is powered by her partners in the rhythm section while Marcus Strickland's fiery soprano explodes over the brass and reeds on the extended coda.  Pelt shines on "Fall", a piece first recorded by the Miles Davis Quintet for the "Nefertiti" Lp. He starts quietly over impressionistic piano chords, counterpoint from the bass and hardy snare and cymbal work. Ravi Coltrane takes over and his spot pushes the intensity level without boiling over.  Steve Davis, Tim Green, and Ms. Allen get to romp over the joyful work of Burno and EJ Strickland (who also delivers a smashing solo) on "Nellie Bly", a tune pianist Wynton Kelly recorded in 1959 as "Mama G." "Mr. Jin", a piece recorded by Art Blakey & the Jazz Messengers in 1964, features solos by Green and Davis (a fitting choice, as the trombonist was a member of the great drummer's final ensemble.) Green, a young player from Baltimore, plays a very strong solo with much more content than flash.

The program closes with "Prometheus Unbound", a piece that Shorter expanded from his 2003 "Alegria" CD (there it was "Capricorn II") for his work with the Orpheus Chamber Orchestra.  Weiss creates a multi-sectioned arrangement with impressive section work that open to solos by Ms. Allen, Pelt and Marcus Strickland on soprano.  Brother E.J., who shines throughout the program, is downright incendiary, driving the rhythms underneath his brother whose solo displays aspects of the composer's style without imitating him.   The climax of the solo is breath-taking, followed by a blazing and expanded reading of the opening theme.

The width and breadth of Wayne Shorter's music has been consistent over his long career.  Critics have had issues with some of his eclectic and electric excursions but he has always looked for new ways to express himself through music.  David Weiss and this incredible band do more than celebrate the man and his contributions - they make the listener see and hear this music in new, and often exciting, ways. Highly recommended!  For more information, go to www.davidweissmusic.com.

If you click on the following link - www.npr.org - it will direct you to the page that features Wayne Shorter's concert at this year's Newport Jazz Festival.  He appeared with his Quartet as well as with Herbie Hancock and, believe me, it's worth your time to listen. 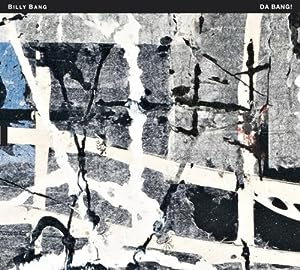 Violinist/composer Billy Bang (1947-2011) made music that drew its inspiration from many different sources.  He played "free music", he played funk, he translated his horrors as a soldier in Vietnam into several CDs of amazing music, he played with Sun Ra, created a tribute to "Stuff" Smith, co-founded the String Trio of New York and recorded with numerous musicians throughout the world.

"Da Bang" (TUM Rcords) was recorded in February of 2011, just 2 months before his passing. He was in Finland with his group - Dick Griffin (trombone), Andrew Bemkey (piano), Hilliard Greene (bass) and Newman Taylor-Baker (drums) - to record and perform at the TUMFest.  Bang played with great gusto for both the 2 days in the studio and for the live set; even though it was obvious he was ailing, the music sounds strong.  The program opens with Barry Altschul's funky and fast-paced title track (Bang recorded the song twice with drummer Altschul and bassist Joe Fonda in the FAB Trio) - the leader's fine solo rides the waves of rhythm created by the drums and bass. Griffin, 71 at the time of this recording, delivers a sly, short, solo that gives way to Bemkey's more expansive romp.  "Guinea", a piece that Don Cherry composed for Old & New Dreams, starts with a great unaccompanied violin solo during which Bang explores the various possible of the melody, then strums his strings to imitate the African rhythm patterns the song will go on to explore. When the rest of the group enters, the song drops into a West African rhythm that actually also suggests reggae.  Taylor-Baker's funky solo rings with echoes of Max Roach and Ed Blackwell - he then becomes the only accompaniment as Bang returns for the final reading of the theme. The entire band returns to "dance" the tune out.

Other highlights include the beautiful "Daydreams", a Bang composition that opens with a shimmering solo piano intro that moves into a reading of the main theme by the violin, piano and bass.  Greene's long solo goes in a number of fascinating directions before the Bang and Bemkey return to restate the melody line.  Bang then moves on alone for a strong and often fiery solo statement before the bassist and pianist join back in to finish the piece.  There's a pleasing uptempo take of Ornette Coleman's "Law Years" as well as an extended riff on Miles Davis's "All Blues" with Bemkey channeling Bill Evans on the opening choruses and Griffin getting "down and dirty" for his solo.

The CD closes with the Quintet's take on Sonny Rollins's "St. Thomas" - they get into the "Island" groove and the piece has an upbeat, joyous, feel.  It's a great way to close out the program, on an "up" note.  Even at his most dramatic, Billy Bang's music, especially in the last decade of his life, had strength and emotional depth.  "Da Bang" comes in quite an impressive package, from the bright cover painting of Finnish artist Jukka Makela (titled "Hip-hop Blue") to the poetry of Amiri Baraka, Quincy Troupe, Sebastian Badin-Greenberg and Steve Dalachinsky that was read at the September 2011 Memorial Service for Bang in New York City.  Writer Bill Shoemaker contributes a good biography of the violinist/composer and TUM label head Petri Haussila writes about his relationship with the artist. Even without the wonderful packaging, "Da Bang" is worth your time.    For more information, go to tumrecords.com/034-da-bang.
Posted by Richard B. Kamins at 7:00 PM