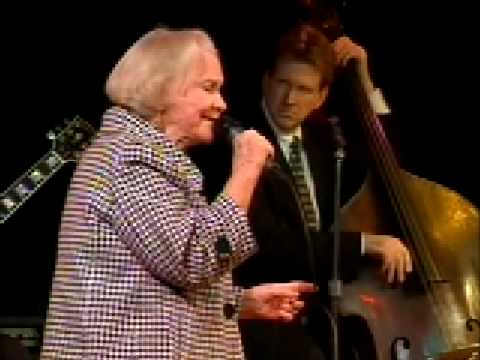 On our return from Washington, D.C., I discovered that vocalist Bobbi Rogers had passed after a long illness at the age of 81. My exposure to the Durham, CT, resident was her work with the Chick Chichetti Orchestra (which, after the bandleader's passing in 2000 became The Hartford Jazz Orchestra) but she had had a substantial career before leaving "show business" to become a nurse. She only released a few Lps while her 2007 recording with the Ray Kennedy Trio is pretty hard to find.

By the time I heard and saw her sing, Ms. Rogers had slowed considerably but her voice and classic delivery was still quite impressive.  Nothing fancy or flighty, she caressed and coddled the lyrics, making sure the audience heard (and felt) each word.  The arrangements Chichetti (and others) created for the Orchestra framed Ms. Rogers' voice nicely on each tune but never took a back seat.

WFCR-FM Jazz radio personality Tom Reney wrote a wonderful appreciation/eulogy for Bobbi Rogers and you should read it - click here to do just that.

Drummer Barry Altschul has slowly but surely returned to the spotlight over the past several years. Best known for his work in the 1960s with pianist Paul Bley before moving on to form the cooperative quartet Circle (with Chick Corea, Anthony Braxton and Dave Holland), work with multi-instrumentalist Sam Rivers and then formed Brahma (with Ray Anderson and Mark Helias), Altschul moved to Europe for the next several decades.  In 2003, he reemerged as part of the F-A-B Trio (with Billy Bang and Joe Fonda), reunited with Mr. Rivers for his 80th Birthday celebration (in 2007) and also recorded with saxophonist Jon Irabagon.

Drummer/composer Harris Eisenstadt has interviewed Mr. Altschul; parts 1 and 2 are now available on the fine blog destination-out.com. The postings also include music from various projects including 2 tracks from the drummer's upcoming TUN recording with Fonda and Irabagon.  Check it out! 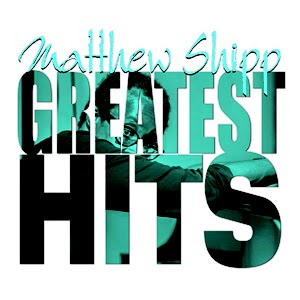 On January 29, Thirsty Ear will release the new CD from pianist/composer Matthew Shipp.  Dubbed "Greatest Hits", the recording collects 12 tracks from 11 CDs Mr. Shipp has recorded for the label since 2000.  The pieces range from solo piano musings to Trio hits with Joe Morris or Michael Bisio and Whit Dickey to Quartets that feature trumpeters Roy Campbell or Wadada Leo Smith to Quintets enhanced by the synthesizer work of FLAM.  Through it all, the creativity that Matt Shipp has displayed over his career (most 3 decades) comes shining through. He does not worry about fads or conventions, continually moving forward. The music bounces, dances, jabs, swings, flows, and, at times, slowly unwinds - there are moments in several of the trio pieces one can hear the influence of Duke Ellington in the spare piano chords and single-note runs.  But, Mr. Shipp is truly an original and, while calling this collection his "Greatest Hits" may seem (to some) to slight his earlier works, this is some great music.  For more information, go to www.matthewshipp.com. 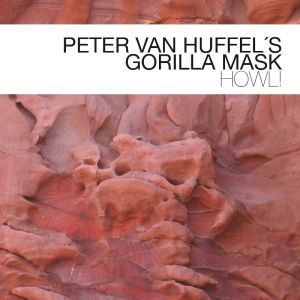 Based in Berlin, Germany, Canadian-born saxophonist Peter Van Huffel plays many different styles of music, from the sublime to the noisy. His Trio known as Gorilla Mask, featuring the leader on alto saxophone alongside Roland Fidezius (acoustic bass, noise) and Rudi Fischerlehner (drums and percussion), makes hard-edged music often built upon heavy drums, thumping bass lines and rapid-fire melodic fragments.  The group's debut CD, appropriately titled "Howl" (Between the Lines), may put off listeners who have heard the earlier works of the saxophonist; yet this music follows a path similar to the fiery explorations of musicians such as Oliver Lake, Julius Hemphill and Tim Berne.  The songs often seem to be on the edge of tumbling into total chaos but listen how Fischerlehner's tribal drums bring Van Huffel's scrambling sound back from the precipice on "Angry Monster."  Fidezius's droning arco bass allows the drummer to range far and wide on "Fire Burning" while the saxophonist plays long, sustained, notes.  "Dirty City" rocks quite hard with the bass and drums locked in; Van Huffel dances, squeals, and wails as the piece picks up in intensity.  The Trio plays hot and heavy on "Monkey's Revenge" with the rhythm section creating a furious forward motion for the saxophonist to fly atop.

Though there are some quieter moments, "Howl" lives up to its name with Peter Van Huffel creating numerous soundscapes for Gorilla Mask to shred.  Played loud, this music can overwhelm the listener - but the real power resides in the fine interactions of the musicians, the fusion of different styles and the go-for-broke attitude of the composer. For more information, go to www.petervanhuffel.com.
Posted by Richard B. Kamins at 10:37 AM