For me, 2012 was quite a year.  I became a grandparent for the first time, my teaching gig at Quinnipiac University was ever-so-satisfying and the amount of great music that crossed my desk was impressive.  As long-time readers (bless you all) might remember, I find it hard to contain myself to a Top Ten so here's Part 1 of a list that will ultimately stretch to over 20. "Tales of the Unusual" (Jazzed Media), the 8th CD from singer-songwriter Lorraine Feather, was the first I had ever heard (writes I, blushing and embarrassed) and hooked me immediately with its literate lyrics, smashing vocals, superb musicianship and healthy dollop of humor.  Turns out, Ms. Feather has worked with many of the musicians and songwriters on this CD a number of times before.  Played it again the other day and reinforced my view that, though the "tales" may be "unusual", the music is stellar (and not just by starlight.)  Her next recording is a duo with the phenomenal young pianist Stephanie Trick - I have heard the music(they call their duo Nouveau Stride) and am saving a space in the 2013 "Favorites." 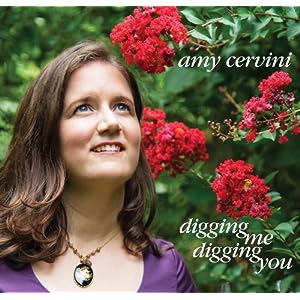 2012 was also the year I really listened to the music of Blossom Dearie (1924-2009), mainly due to the excellent "Digging Me, Digging You" (Anzic Records), the work of Amy Cervini.  To her credit, Ms. Cervini did not attempt to recreate Ms. Dearie's soft vocaliationss - instead, she assembled a fine rhythm section (pianist Bruce Barth, bassist Matt Aronoff and drummer Matt Wilson), chose 13 songs from across her subject's long career and asked her husband (Oded Lev-Ari) for some smart arrangements and the rest is an enjoyable tribute that stands on its own.  Not content with a great CD, Ms. Cervini and Mr Lev-Ari also produced a baby girl in 2012 - the hits just keep on coming! 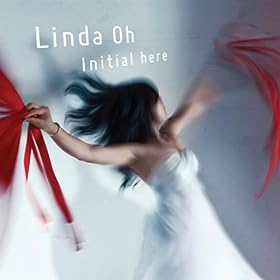 That bassist/composer Linda Oh's second CD as a leader, "Initial Here" (Greenleaf Music) is as good as it is should come as no surprise - Ms. Oh is one intense musician. If you have ever seen in person (with Dave Douglas, for instance), you know she is always "inside" the music.  This recording features pianist Fabian Almazan, saxophonist Dayna Stephens and the fine drummer Rudy Royston (he'll show up again on this list) and the material ranges from straight-ahead jazz to music with classical influences and some well-played funk.  All in all, there is not a weak track - this music sticks in one's mind for a long time.

Anne Mette Iversen is also a bassist/composer and she also covers a wide swath of territory in her compositions.  For the sparkling 2-CD "Poetry of Earth" (BJU Records), the bassist created an aural wonderland for the words of poets  A.E. Housman, Thomas Hardy, John Keats, Lene Poulsen, Henrik Ibsen  as well as the contemporary Danish poet Svende Grøn and put them in the impressive hands and voices of pianist Dan Tepper, saxophonist/flutist/bass clarinetist John Ellis along with vocalists Maria Neckham and Christine Skou. The results are an impressive amalgam of jazz and contemporary classical music with nods to Kurt Weill and Danish folk melodies.  Even if you do not understand the poetry (Ms. Skou sings in Danish), the meotion of this music can't help but touch you.

Other CDs on this part of the list (all led by vocalists) include "Silent Movie" by Melissa Stylianou (Anzic Records), "Freedom Flight", the debut CD from Nicky Schrire (self-released), "Unison" from Maria Neckham (Sunnyside Records) and "Blossom & Bee" by Sara Gazarek (Palmetto Records) - the last disk in the list also honors the music of Blossom Dearie and is quite different yet just as excellent as Ms. Cervini's recording.  (Author's note - forgot to include "Girl Talk" (Palmetto Records), the latest by Kate McGarry.)

There's more to come so check later in the week.

Happy Holidays & a very Happy New Year!
Posted by Richard B. Kamins at 10:58 AM