As I stroll through my reviews for the year, there are several CDs I did not get to review that are among my favorites.  Such is the case with the first on this part of the list.

Since he has been recording for his own label, Marsalis Music, Branford Marsalis has gone from strength to strength.  He has toured the world with his quartet, recorded with his Farther Ellis and brothers, played with symphony orchestras and worked with Harry Connick, Jr. to help rebuild in his native city of New Orleans.  His Quartet really began to hits its stride with the addition of pianist Joey Calderazzo who joined after the tragic passing of Kenny Kirkland.  Bassist Eric Revis joined in 1998 to create a versatile rhythm section with drummer Jeff "Tain" Watts; that human dynamo left amicably in 2009 (after 25 years!) and was replaced by 18 year old Justin Faulkner. "4 MFs Playin' Tunes" is his first recording with the band and an absolute joy to listen to.  The interactions of the musicians are so impressive and it's because this music is more about melodic invention than technical prowess. O yes, they can play and there are numerous fine solos but this program is the strongest Branford Marsalis (and his group) has ever put on CD or Lp.  For more information, go to www.branfordmarsalis.com. 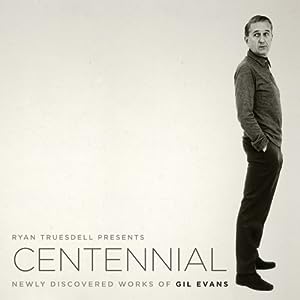 When I first spoke to arranger Ryan Truesdell about his Gil Evans Project, it was just after he initiated the ArtistShare program to raise the money necessary to record and release this newly discovered treasure trove.  The result?  "Centennial" shows Evans' creativity that spanned 6 decades, from his beginnings in the Claude Thornhill Orchestra to pieces made famous by Miles Davis to works written for his own progressive big band that was active from the early 1970s to Evans death in 1988.  With 10 songs and 35 participants (including 3 vocalists), Truesdell has produced a musical document that one understands as the first salvo of arrangements and compositions that will only enhance the legacy of Gil Evans.  If you have yet to hear this delightful music, go to www.ryantruesdell.com. 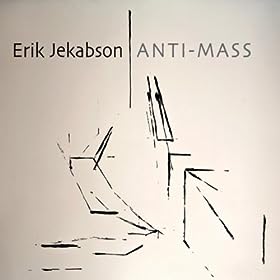 "Anti-Mass" (Jekab's Music) is the 4th release from composer/trumpeter Erik Jekabson, filled with songs that reverberate in the mind long after one listens.  A resident of the San Francisco Bay Area, he has played and recorded with a score of fine musicians over the past 15 years.  This music, composed for a sextet that features saxophone, violin, viola, bass, and drums (plus vibes), is inspired by the composer's numerous walks through DeYoung Museum of San Francisco.  Like the various pieces of art, this music goes in many directions, with abrupt changes of tempo and dynamics, featuring finely constructed melodies and intelligent harmonies.  The title track, inspired by British sculptor Cornelia Parker's created from the charred remains of a Southern Baptist Church attacked by arsonists, is riveting thanks to the fine work of the soloists (saxophonist Dayna Stephens, violinist Mads Tolling and the leader) and the intricate work of the rhythm section.  To find out more, go to www.erikjekabson.com.

Drummer/composer Harris Eisenstadt released 2 CDs this Spring and both deserve to be on this list.  "Canada Day III" (Songlines) features his Quintet of Nate Wooley (trumpet), Matt Bauder (tenor saxophone), Garth Stevenson (acoustic bass) and the wonderfully atmospheric vibraphone work of Chris Dingman. Eisenstadt's music for this group is highly melodic, at times playful, and filled with wonderful interactions.  The other CD, "Canada Day Octet" (482 Music), adds Ray Anderson (trombone), Dan Peck (tuba) and Jason Mears (alto saxophone) to the band to play the 40-minute long, 4-part suite titled "The Ombudsman" and a ballad. Far from being cluttered, the result is a fascinating journey with fine solos and intricate harmonies.  If you ever have the opportunity to see either one or both of these ensembles, you must do so. For more information, go to www.harriseisenstadt.com.

Other CDs on the list include "Multiverse" (Jazzheads), the raucous music of percussionist Bobby Sanabria and his Big Band, organist Brian Charette's "Music for Organ Sextette" (SteepleChase) and Bob Brookmeyer's final recording with his New Art Orchestra, "Standards" (ArtistShare).