Going back through the past 12 months, there have a number of mighty impressive CDs that have caught my attention.  So, in no particular order (and, of course, in 2 parts), here's my choices for music you should pay attention to.

Saxophonist-composer David Binney released 2 CDs as a leader this year and both are excellent.  He issued the expansive "Graylen Epicenter" on his Mythology label and it's chock-full of ideas, smart arrangements, handsome melodies and strong solos.  At the moment, I'm leaning more towards "Barefooted Town", a quintet session recorded in 1 day and issued on Criss Cross.  Like the 4 other releases Binney has led or co-led for Gerry Teekens label (based in Holland), this is no jam session.  Binney always approaches a recording knowing how he wants it to sound and with material suited for his musical cohorts. Here he shares the front line with trumpeter Ambrose Akinmusire (whose own CD will appear on many "Best Of" lists) and tenor saxophonist Mark Turner with the rhythm section of David Virelles (piano), Eivind Opsvik (bass) and the delightful drummer Dan Weiss (both Opsvik and Weiss appear on "Graylen Epicenter").  Several of the tunes feature the combination of saxophones and trumpet playing the melody in unison, with solos that grow for the handsome themes.  Akinmusire plays with great intensity without overblowing.  Both Turner and Binney are fine soloists who know how to construct a solo that captures the ear and mind.  As for Weiss and Opsvik, both bring so much maturity and emotion to the music while Virelles is an intelligent accomanpist and spirited soloist.  "Once When She Was Here", the track that closes the CD, is one of the prettiest ballads of this or any year. Drummer Ernesto Cervini leads a smashing quartet on "There" (Anzic Records) with Joel Frahm (saxophones), Adrean Farrugia (piano) and Dan Loomis (bass).  Recorded live over 2 evenings at Cory Weeds' Cellar Jazz Club in Vancouver, British Columbia, the interplay of the musicians and the strong material makes this such a great listening experience.  Frahm and Farrugia are splendid together, dropping quotes in the midst of snappy solos, while the rhythm section eggs them right along.  The sound quality is excellent - it feels like you're at a table close to the bandstand.  You can just feel these musicians are having a great time.  The ECQ's take on the standard "Secret Love" should win you over.

Bassist-composer Marcus Shelby celebrates the life and work of Dr. Martin Luther King, Jr., on "Soul of the Movement", issued in January of 2011 on Porto Franco Records.  Blending gospel, blues, r'n'b, Ellington-style arrangements and 3 fine vocalists, Shelby teaches a new generation a lesson in the history of Civil Rights in Memphis, Tennessee, without beating the listener over the head.  The packaging is excellent, the sound quality quite good and the musicians as well as the vocalists are top-notch.  Some intelligent person or foundation should send the Marcus Shelby Orchestra on the road with this program, a reminder to be ever vigilant and true to your convictions. The first time I listened to "Crossing" (Nineteen-Eight), the debut CD by multi-reed player Ben Kono, the music stopped me cold.  Not only does Kono play a slew of instruments (oboe, english horn, flute, alto flute, clarinet, tenor saxophone and shakuhachi), his compositions and arrangements are strikingly good.  Supported by the rhythm section of John Hollenbeck (drums) and John Hebert (bass) plus the fine keyboard work of Henry Hey and soaring electric guitar of Pete McCann (his acoustic work is also excellent), Kono creates an aural auto-biography that is as moving as it is musical.  His wife, Heather Laws, adds vocals and french horn to several tracks.  What a debut! 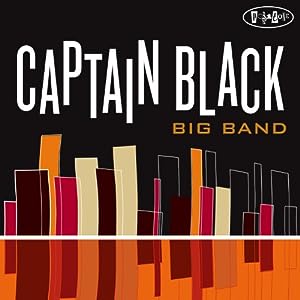 Pianist-composer Orrin Evans created the Captain Black Big Band as a workshop ensemble in his hometown of Philadelphia with a contingent in New York City.  The 38 musicians who appear on the CBBB's debut recording (issued on Posi-Tone Records) bring an impressive amount of energy to this project.  While not as polished as a Duke Ellington group, this music (recorded live in various venues) has such life, such energy (reminiscent of music that Charles Mingus created in the late 1950s and early 1960s) and a swagger that the results are so appealing.  This is music that needs to be heard live because it will grab you by the throat and the heart. 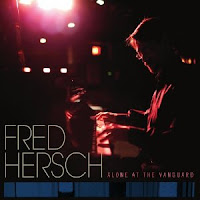 Pianist Fred Hersch recorded all 6 nights of his week-long solo gig at The Village Vanguard from November 30 - December 2010. The 9 tracks that make up "Alone at the Vanguard" (Palmetto Records) turn out to be the entirety of the final set of the last night. Ranging from standards to blues to classical to Brazilian to Monk and Sonny Rollins, this music is exhilarating, emotionally rich, and ever-so-melodic.  Perhaps Fred Hersch viewed this weeks of playing by himself as a vacation from the preparations for his "Coma Dreams" project that debuted in the Spring of this year - whatever, his joyous playing is a welcome respite from the craziness of everyday life.

3 other recommended releases include the latest gem from alto saxophonist Miguel Zenon, "Alma Aldentro: The Puerto Rican Songbook" (Marsalis Music), his tribute to the music of his parents' generation.  Also, "40 Acres and a Burro", the genre-bending release from Arturo O'Farrill & the Afro-Latin Jazz Orchestra on ZOHO Records.  The arrangements on both recordings (Zenon's excellent quartet is aided and abetted by a string section led by Guillermo Klein) really shine.  Tom Harrell issued yet another impressive recording with his Quintet - "The Time of the Sun" (HighNote Records) is filled with great playing, intelligent melodies and arrangements that allow each musician to shine.

Yes, there's more but these are the ones I returned to listen to over the past 8-10 days.  Stay tuned!

In the meantime, dig in to the Ernesto Cervini Quintet and "Secret Love."