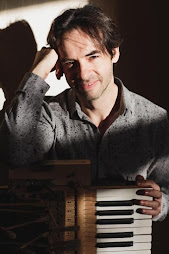 Like many musicians from Eastern Bloc countries (in this instance, Ukraine) pianist and composer Vadim Neselovskyi first studied classical music before he and his family moved to Dortmund, Germany.  Yet, the pianist had already been turned on to jazz by sailors visiting his home city of Odesa, a port city on the Black Sea.  In Germany, Neselovskyi continued his classical studies while working as a jazz musician at night.  He moved to the United States to study at the Berklee College of Music where he came into contact with Pat Metheny and Gary Burton. In fact, it was Metheny who produced a promotional recording that featured the pianist alongside bassist Esperanza Spalding and trumpeter Christian Scott aTunde Adjuah.  Neselovskyi moved on to the Thelonious Monk Institute (now the Herbie Hancock Institute) in Los Angeles, CA, where he played alongside Mr. Hancock as well as Terence Blanchard, Wayne Shorter, Dee Dee Bridgewater, and many others.  He came back to the East Coast to work with his former Professor Gary Burton, appearing on, composing for, and arranging for the vibraphonist band and for recordings. 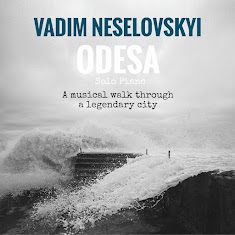 His new album, "Odesa: A Musical Walk Through a Legendary City" (Sunnyside Records), is a tribute to the city he was born in.  Recorded before the current invasion, the music is, nevertheless, filled with passion, with emotions such as joy, anger, defiance, good and bad memories both from Neselovskyi's lifetime and before. Not surprisingly, there's a classical feel to much of this music––in interviews, the pianist mentions being inspired by Russian composer Modest Mussorgsky's "Pictures at an Exhibition", especially in form and focus. Over the course of the 13-song program, this music covers a wide swath of musical territory.  What stories this music tells! Whether it's the "Potemkin Stairs" (photo below) or the blooming "Acacia Trees" or playing the "Waltz of Odesa Conservatory" of the memories of "My First Rock Concert", the passion and emotions stand out.

Start "Odesa" at the beginning and don't stop until the final notes of "The Renaissance of Odesa" fade away. Listen in the morning at dawn and, with the birds singing, you could be sitting on those stairs. Vadim Neselovskyi has created a masterpiece and it's not just because of the current war raging in his homeland. In fact, the bulk of the album was recorded in
August of 2020 and finished a year later. While some of the music is elegiac, there are pieces that explode out of the speakers, songs that rock, roar, and dance.  "Odesa" is both a celebration of a great city but also the story of Vadim Neselovskyi as he is finding his place in the world. Brilliant music and performance like this should not, must not, be missed.
For more information, go to https://vadimneselovskyi.com/. To purchase the album, go to  https://vadimneselovskyi.bandcamp.com/.
Hear "Potemkin Stairs": 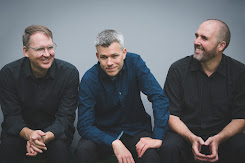 While studying and living in New York City, German-born pianist/ composer Florian Hoefner had become a busy composer and bandleader.  But, his wife got a tenure-track position at a university in Newfoundland and he willingly followed. Eventually, Hoefner also was offered a teaching position and they settled into their new home.  The pianist still manages to maintain his Quartet (three albums on Origin Records) and ties with Subtone, a quintet he co-founded while living in Germany; but since moving up North, he organized a trio with two well-established Canadian musicians, bassist Andrew Downing and drummer Nick Fraser.  Hoefner made the time to study the rich world of Canadian folk and maritime music to fit into his surroundings as well as to make new musical connections. 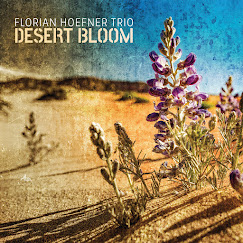 The Canadian trio issued its debut album "First Spring" (Alma Records) in 2019.  The pianist's immersion into the folk music of his new community was evident on several tracks––even more evident was how comfortable the trio delving into Hoefner's music and arrangements.  The pandemic began in earnest after the trio finished its first full-length tour. The three musicians retreated to their "safe homes" and the lockdown gave the pianist time at home with his young family and more time to read, to listen, and practice.  The results of his pandemic hiatus can be heard throughout the Trio's second Alma release "Desert Bloom".  Named for the rare occurrence when a desert area gets a lot of rain and the vegetation, which has lain dormant for many years, erupts in all its beauty (see photo below). That's how the pianist felt during COVID with his ensemble projects on hold and teaching relegated to ZOOM.  He returned to composing with renewed energy especially after he watched a television program about desert bloom. His thoughts turn to re-creation, reemergence, and new life.
The album opens quietly with "Between The Lines"––Downing plays the opening verse supported by the ostinato piano and the swirling cymbals. Hoefner takes the first solo, his bluesy yet expansive lines rising over the powerful bass counterpoint and the driving drums. The title track opens with bowed bass and soft cymbal taps as the leader introduces the theme. Downing's arco solo is richly melodic (his lower notes pull at the heart).  When he's done, the pianist the piece into gear, playing a repetitive figure with with the pizzicato bass.  The music is filled with interplay, with melodic and rhythmic invention, it pulls the listener in. 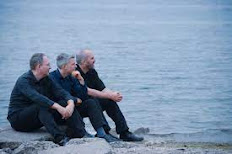 Two songs speak to the pandemic experience.  The rubato opening of "The Day Everything Stopped" imitates the stasis one felt as the world closed down; that leads to a powerful ballad noted for the splendid ensemble work, a probing bass solo, and the thunderous (even angry) drum spotlight. The piece ends with a return to the main melody which now sounds contemplative. "The End Of the Tunnel" follows––not surprising, the piece has a sense of urgency, of the joy of the possibility of normalcy. There are moments during Downing's solo when the music becomes pensive but that does not last long thanks to the power in Fraser's drumming and the energetic piano.
"Desert Bloom" is often bright, sometimes shy to open up but ultimately a delightful way to spend 65 minutes. The music opens even further as one listens again and again; concentrate on each instrument and then listen again to the collective. There has been a large amount of excellent piano trio music released in the first six months of 2022 and much more to come.  This album by the Florian Hoefner Trio is certainly one of the best of this or any year!

For more information, go to https://florian-hoefner.com/.
Here's "Shelter":
Richard B. Kamins at 5:28 PM