Music From the Great Midwest - Chicago (Part One) 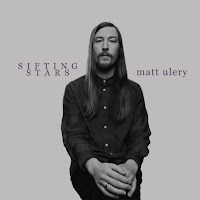 Over the past 13 years, bassist, composer, and record label owner Matt Ulery has proven himself to be one of the more adventurous souls in contemporary music.  Sit through one of his albums and you'll hear elements of jazz, "prog-rock", art music, classical strains and much more.

That description hold true on his latest effort.  "Sifting Stars" (Woolgathering Records) is his eighth album as a leader. The program is two distinctive suites played by two very different ensembles.  The first four songs features the Sifting Stars Orchestra, a 16-piece unit (although all 16 do not play together on each track) along with vocalists Grazyna Auguscik or Katie Ernst on three of the tracks as well as four members of eighth blackbird, the wonderful Chicago-based chamber sextet.

The opening two pieces have arrangements that feature an emphasis on the strings.  Ms. Auguscik's voice is featured on "The Remanent of Everything" telling a story of loneliness and disconnection, all the while the strings flow in and around her with both the melody and arrangement being quite lovely. Ms. Ernst, bassist in the trio TwinTalk and a solo artist in her own right, takes the lead vocal on "Pictures in Grey", a fascinating song with lush film-noir string sweeps plus a section with a rhythmic pattern influenced by Steve Reich.  The voice becomes part of the ensemble and one must literally "go with the flow' of words and melody. 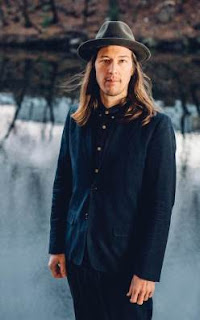 The six person brass section is more prominent on the next two tracks. Ms. Auguscik returns for "I'm So Shallow" that, after repeated listenings, sounds like a blend of a Paul McCartney melody with a Philip Glass arrangement. Yet, one grasps for comparisons; other listeners will hear other songs in this music.  At times gentle, over times, the music becomes darker.  The fourth song is all instrumental. "The Prairie Is a Rolling Ocean" is another melody with trombones, French horn, bassoon, and trumpets blending with flute to move the piece forward.  There is a splendid pianist solo from Ulery's long-time musical partner Rob Clearfield with different horns and reeds rising out of the background to create a compelling counterpoint.

The album then shifts sonic gears.  "Ida" is a six-part suite performed by Axiom Brass, a quintet also based in Chicago.  Ulery was inspired to write the suite after viewing the Ivan Albright painting, "Into the World There Came a Soul Called Ida" (see it here). Here, the composer creates a world for the character in the painting, what she may be thinking and feeling at the moment captured by the artist.  Look and listen. Do you see and hear emotion?  Are their feelings that are not easily defined by mere words but better by the sounds you hear?

"Sifting Stars" is quite a recording. Not only does the music created by Matt Ulery, the Sifting Stars Orchestra, and Axiom Brass make you pay attention but it also transports one beyond the everyday, the mundane.  This is an album for a cold morning as the sun rises or late in the evening when the house is quiet and the streets are still. Give this music time and you will be moved.

For more information, go to www.mattulery.com.


Trumpeter and composer Russ Johnson has been one of the busier musicians for the past quarter century.  A list of his associations on record and the bandstand includes artists such as Lee Konitz, Steve Swallow, pianist Kris Davis, bassist Matt Ulery, alto saxophonist Greg Ward, and a host of others. He was a member of the Other Quartet and has recorded seven albums as a leader or co-leader.  It's easy to hear why. He possesses quite a powerful and expressive sound plus a facile mind. 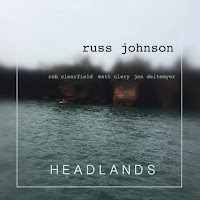 His newest album, "Headlands" (Woolgathering Records) is his third since leaving New York City for the midwest.  Since 2010, Johnson has been Director of Jazz Studies at the University of Wisconsin/Parkside. Located 65 miles north/northwest of Chicago, IL on the shores of Lake Michigan, the trumpeter is often in the Windy City for gigs.  The program is a 12-song suite, through-composed with six songs, 4 short improvisations (one for each member of the ensemble), plus a theme at the beginning and a longer reprise at the close (notice how the bass line is similar to that of the "hook" of Sly Stone's "Thank You (Falettin Me Be Mice Elf Agin").  Joining Johnson is bassist Ulery, Rob Clearfield (keyboards), and Jon Deitmeyer (drums) - the album recalls the work of Miles Davis in 1969 just before "Bitches Brew", the music channeling mainstream jazz, rock elements, fiery passages, and impressive interplay.

But Davis comparisons aside, this music moves in its own creative fashion.  There are moments when the blend of the active drums with the bass serving often as counterpoint to the soloist, the atmospheric electric piano while the trumpet plays flowing melody lines stand out. The handsome "Fjord" and the darker  "Kapoj" are pieces that open in a quieter fashion but both tunes pick up in intensity along the way, especially the latter cut. And there are times when the quartet breaks into hard-edged pieces that push against any soft edges, with roiling sounds from both Johnson and Clearfield plus powerhouse work from the bass and drums.  Tunes such as "Serpent Kane", the roller-coaster-like "Mons Calpe", and "Wellenpeitschen" offer a much different feel. The last track mentioned starts quietly with an handsome trumpet intro before the the rhythm section kicks in and the music takes off.  The title can be translated as "wave whip" - one hears that in the kicking drums and the rapid-fire melodic lines.

The liner notes state that the suite is "...intended to be listened to in its entirety."  That makes great sense, although s few people have the patience to do that on record.  You actually do not realize this is a "live" album until the applause comes in at the end.  Russ Johnson has created music on "Headlands" that may remind you of the stormy months and events of the late 1960s, a time that many people have been equating to what's been happening in the United States for the past decade.  "Headlands" is an album one can play play several times in a row and discover new elements each time. Give it a try.

For more information, go to www.russjohnsonmusic.net.

Here's one of those "heated" tracks: