Last July, I had the opportunity to see and her the sextet New Faces, an ensemble that features saxophonist Roxy Coss, trumpeter Josh Lawrence, vibraphonist Behn Gillece, pianist Theo Hill, bassist Peter Brendler, and drummer Vinnie Sperrazza (although there was a sub on drums). They were touring to support the self-titled debut album on Posi-Tone Records and the sextet filled The Side Door Jazz Club with its joyful mix of hard-bop and ballads. All of the members have issued albums on the label as leaders and Posi-Tone co-owner Marc Free organized the recording session and the tour to showcase their talents in venues around the United States. Everyone played well but I was particularly knocked out by the work of Behn Gillece.  I have heard and reviewed his work with saxophonist Ken Fowser; I liked the music but was not overly impressed with the vibraphonist until seeing him in a live setting.  Each solo was a compact yet expansive treat with an excellent blend of melody and percussion that intelligent players bring to the instrument. 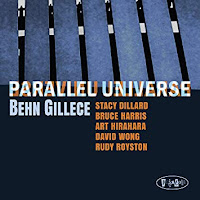 My positive impression carries over to his new album.  "Parallel Universe" is his fourth release for the label and features an impressive lineup. Tenor saxophonist Stacy Dillard, trumpeter Bruce Harris, pianist Art Hirahara, bassist David Wong, and drummer Rudy Royston (all leaders on their own except for Wong whose sideman credits are quite stellar) sound as if they are having a ball in the studio making their way through 11 Gillece originals. "Break The Ice" opens the program in a "smoking" vein, with a feel in the rhythm section plus piano as if the song would fit right in on a McCoy Tyner album.  Royston plays with the abandon one has come to expect from him without overshadowing the soloists.  Hirahara's accompaniment is top-notch (throughout the whole album) and Wong really gets the bottom moving.

Beside the great energy the sextet exudes, Gillette's melodies do a fine job of setting the table for the soloists.  The title track's opening section highlights Royston's fills during the melody and then jumps right into a muscular tenor sax solo. At the start of his solo, Harris brings the intensity level down but just for a moment before diving into a playful improvisation.  Royston creates a funky feel at the onset of "Smoke Screen", a quartet track that finds Hirahara on Rhodes electric piano.  Wong locks into the groove giving the song a dancing foundation.  Another quartet track, "Evening Glow", opens slowly before the pianist introduces the handsome melody line.  Listen to the interactions throughout, the responses of the piano to the vibes, Wong's melodic bass, Royston's splendid cymbal work - it's easy to get lost in this song.  Hirahara returns to Rhodes on the final quartet track "Candle in The Dark", the lovely ballad that closes the album.

If you're like me, it's the faster tracks that will initially catch your attention. "Alice's Journey" is a high-powered barn-burner with both the leader and Dillard firing on all cylinders over the manic pace set by the rhythm section. If anything, "Eviscerate" is even a bit faster with the saxophonist and leader delivering splendid solos.  Dillard also plays with abandon on "Shadow of the Flame", pushed forward by the active piano, "running" bass line, and the powerful drums. Harris delivers a hardy solo before Gillece jumps in with a fiery statement.

"Parallel Universe" is the quintessential Posi-Tone release with great musicians having a ball playing tunes that allows enough time to create fine solos without going on and on. Behn Gillece is a smart leader, never hogging the spotlight but being happy as a member of this powerhouse ensemble.  Time to go back and listen closely to his previous releases to figure out what I missed. In the meantime, check out this delight-filled music.

For more information, go to www.behngillecejazz.com. 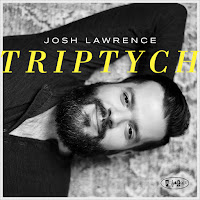 Trumpeter and composer Josh Lawrence also shone brightly during The Side Door gig.  He plays with such assurance and a sparkling wit, even when his line explodes out of the horn, Lawrence keeps his cool.  "Triptych", his third album as a leader (and third for Posi-Tone Records) shows his continuing maturation process, especially as a composer. Comprised of three suites plus one song from the Earth, Wind, & Fire canon, Lawrence wrote and arranged the music for a splendid quintet including Hartford, CT, natives Zaccai (piano) and Luques (bass) Curtis, drummer Anwar Marshall, alto saxophonist Caleb Curtis (no relation, on five tracks) and organist Brian Charette (on the EW&F tune).


The first suite of songs, "Happiest Together", takes its name from the opening track "We're Happiest Together."  The bright, mid-tempo, waltz has the feel of a walk through a green park on a late Spring day. Both Lawrence and Zaccai Curtis base their solos on the melody while Luques Curtis plays excellent counterpoint and Marshall sets a sprightly tempo.  "Sugar Hill Stroll" continues the "walking together" theme opening with trumpet and bass setting up the melody and the pace. There's such a bright feel to the tune and to Lawrence's jaunty solo.  "Sunset in Santa Barbara" is the final track in this suite and is a subtle, Latin-influenced, ballad with excellent muted trumpet from the leader and a lovely pianist solo as well. 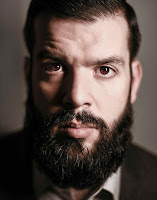 Suite #2 is titled "Lost Works" and is an original piece supported by a grant from Chamber Music America funded by the Doris Duke Charitable Foundation.  Nowhere on the album does it give the listener the history of the composition but, in the promotional material (as well as on the trumpeter's website), one learns the suite is "a eulogy for the first three paintings of Vasily Kandinsky's (1866-1944) "Composition" series which were labeled "Degenerate Art" by the German Nazi Party, confiscated...and ultimately destroyed during World War II."  Surprisingly, the first section of the "...Works" (labeled "Composition #1") is a high-powered romp, fueled by Marshall's galloping drums and strong solos from pianist, alto saxophonist, and trumpeter. "....#2" is slower, darker, its rhythm and tone introduced by the piano. When the trumpet and alto sax play the melody, there is a sad component, almost a religious feel as well as a hint of a 1950s-60s ballad by Miles Davis.  After a fine bass solo, Lawrence and Caleb Curtis weave their instrumental voices around each other before pianist Curtis plays a splendid solo. Saxophonist Curtis creates a lovely solo that starts up in the higher register of his instrument and serves as a "light" in the darkness of the mood.  "...#3" builds off the active left hand of pianist Curtis and his brother's foundational bass lines.  More uptempo the the previous track, it speaks to the power of art, whether visual or instrumental, to bring one hope in troubled times. 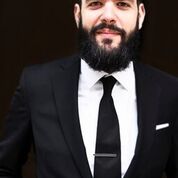 "Earth Wind Fire", the final suite, is dedicated to the band that intrigued the trumpeter was a youngster. The mysterious rhythms of the bass and piano, the keening alto sax, the short, low, lines of the trumpet, and Marshall's dancing drum lead "Earth" in until the piece falls into a sinuous rhythm. You can hear everybody's voice as they dance around but it's the drummer who commands one's attention with his playful work.  There are moments where the music takes on an African feel. "Wind" is a soulful ballad with Lawrence's mid-range animated trumpet substituting for Philip Bailey's falsetto.  While there are no lyrics, both the piano and especially the trumpet have a vocal quality in their solos.  The bass and drums set up such a hypnotic beat and feel, it's easy to get lost in these sounds. "Fire" lives up to its name, an incendiary piece of music built upon Zaccai Curtis's powerful McCoy Tyner chords and the polyrhythms from the drums. Pay attention to the bass lines as Luques Curtis locks in with Marshall and gives the music even more of an explosive feel. And the solos from the front line are all worthy of attention.

"Triptych" closes with "That's The Way fo the World", the lovely ballad from the pens of Charles Stepney, EW&F bassist Verdine White, and the band's founder and leader Maurice White.  Brian Charette's organ work gives the piece an extra voice that is soulful and sweet plus opens up the path for Zaccai Curtis to create his own soulful sound.  Zan added attraction is the overdubbed trumpet choir that serves as the "horn section" for the track.  The piece serves as a tribute to the band and as a reminder that popular music has its roots in jazz, blues, rhythm 'n' blues, and in the communities around the United States that supported musicians when the "establishment" looked down their noses at "popular" music.

As I wrote earlier, Josh Lawrence continues to grow as a musician and especially as a composer. Go see this band live as their music, interactions, and the excellent material they play will warm you as much as it will excite you!