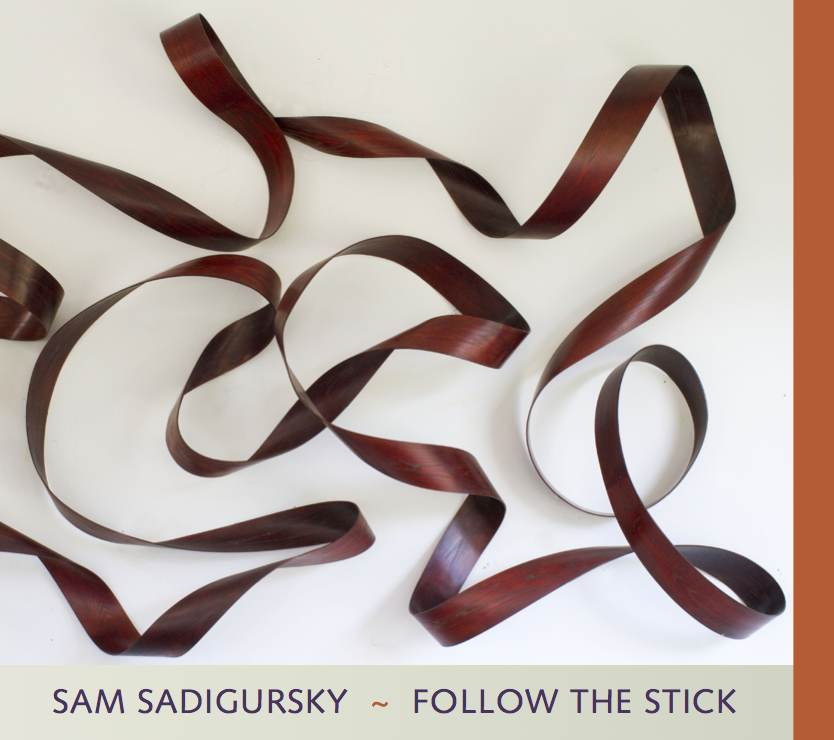 Over the past decade or so, listeners have been treated to a cadre of impressive clarinetists ranging from Ken Peplowski to Don Byron to Marty Ehrlich to Anat Cohen and more.  The 2 musicians whose recordings are in this review have added much to the repertoire looking back on the history and ahead to the future.

Sam Sadigursky (clarinet, bass clarinet), who has been in the reed section of Darcy James Argue's Secret Society since its inception an has worked in a number of bands that play Central and South American music, has released 5 albums of poetry set to original music (including a  collaboration with French pianist Laurent Coq titled "Crosswords/Mots Croisés").  "Follow The Stick" (BJU Recordings) is his first recording sans vocalists (and the leader's saxophones and flutes) but continues in the composer/musician's exploratory style. Joining him on the adventure is Bobby Avey (piano), Chris Dingman (vibraphone, marimba) and Jordan Perlson (drums, percussion) plus Jason Palmer (trumpet on 4 tracks) and violist Ljova for the lovely "Looks Can Be Deceiving".

The 76-minute program features 11 original compositions plus a smart rearrangement of "String of Pearls" (a big hit for the Glenn Miller Orchestra in 1941).  Thanks to the forceful work of Perlson and Avey, one does not miss the bass on the bottom. The interaction of Dingman's "orchestral" vibes with the band also gives the music a full sound throughout.   When Palmer joins the band, he creates a strong counterpoint for the clarinet.  He and Sadigursky play the theme on "String of Pearls" first in unison then in harmony then back to unison.The trumpet solo over the funky rhythms is a highlight of the CD. The muted trumpet is the lead voice (the leader/composer sits this one out) on "Math Music" not only playing the theme but also the first solo.

There's a great sense of playfulness on numerous tracks.  The slinky, slow, blues of "Austerity Measures" (the leader on bass clarinet) features skittering brush work, deep notes from Sadigursky and a plaintive piano solo. "3 + 2" has a melody line that blends a blues inflection with the sound of Astor Piazzolla and lively solos from the vibes and clarinet but don't miss the great work of the pianist and drummer. After a quiet piano prelude at the onset of "Deadly Sins", the band enters and Sadigursky leads them through a stop-and-start melody, joined by Dingman, and then the quartet moves in and out of time.  The elasticity of the time and the punch of the rhythm section matches the fire in the clarinet lines.  Perlson's work stands out throughout the album with his creativity and drive pushing the band on pieces such as "Touché" and the raucous "Do The Dance" (dig the reference to Gershwin's "Rhapsody in Blue" during the fiery trumpet and clarinet exchanges) while he is quietly supportive on "Mule".   Dingman also brings a great presence to this music, whether creating a supportive cushion of sound on "Life's Flowering" or with his smart counterpoint on the opening track, "Fast Money".  Bobby Avey's piano, to my ears, is the spark that keeps the music roiling or simmering, his full chords pushing the proceedings. The quiet opening exchange with the vibraphonist on "Heart" is so emotionally strong and that to make the entrance of the bass clarinet more dramatic.

"Follow The Stick" has much to offer the open-minded listener; listen first for the mature melodies and enjoyable harmonies, then notice the interplay and how each instrument pays its part in painting these 12 song portraits. While there are no words on these songs, the emotional content and lyricism speaks volumes.  Sam Sadigursky has developed quite a voice on his clarinets, one worth savoring.
This is music to explore and get lost in time and again.

Here's a taste of "Life's Flowering":

For his 4th album as a leader, the Israeli-born clarinetist Oran Etkin  (his family moved to the US when he was 4) turns his attention to the music and legacy of one of the first clarinet players to capture the attention of the jazz world.  "What's New? Reimagining Benny Goodman" (Motema Music) looks at a musician who discovered his voice by listening to and then interpreting the music of Louis Armstrong (Etkin's biggest and earliest influence) and Jelly Roll Morton.  Goodman, born in Chicago in 1909 (died in 1986), began his professional career in the 1920s and found fame as a bandleader in the mid-1930s when his Orchestra traveled through the country, ending in Los Angeles, CA, where a gig at the Palomar Ballroom was featured on a national radio broadcast and the Swing Era began.  Goodman's recordings with pianist Teddy Wilson and Lionel Hampton helped break the "color barrier" and, when he went on the road with those great musicians, it seemed to break for good.

The Etkin recording has the same core instrumentation as the Sadigursky CD with the leader on clarinet, bass clarinet and tenor saxophone plus Sullivan Fortner (piano), Matt Wilson (drums) and Steve Nelson (vibraphone) - vocalist Charenee Wade adds her strong voice to 2 tracks.  The leader composed 3 of the 13 tracks and arranged the entire program.  Opening with the dream-like "Prelude", which is credited to New Orleans-born trumpeter Louis Prima, one hears snippets of klezmer melodies and the composer's "Sing, Sing, Sing" (near the end of this album).  Goodman's first gigs were in the Settlement House in Chicago and, on occasion, some of the cantorial music he heard as a youngster found its way into his music (Ziggy Elman's "And the Angels Sing" - composed for the Goodman Band - was based on a klezmer tune "Frailach in Swing" which itself was based on a a melody from Eastern Europe).

The music ranges from the swing of "Dinah" (love the "fractured" rhythms of Wilson and the "rent party" sound of Fortner) to the bouncing "King Porter Stomp" (Etkin's bass clarinet, the James P Johnson piano lines and fiery drumming makes the song come alive.) Ms. Wade digs deep into the blues for Joe McCoy's "Why Don't You Do Right" with the band joining in to tell the story. Fortner is a force throughout the album but his work is exceptional behind the vocalist here while Etkin wails in counterpoint.  Nelson's vibes add subtle mystery to the piece and Wilson slips and slides in support. She returns later on to deliver the blues on "After You're Gone" with Fortner channeling Teddy Wilson.

The clarinetist's original pieces are connected to the Goodman story in different ways.  The gospel-tinged "When Every Voice Shall Sing" pays tribute to Goodman's work to bring musicians of color into the spotlight.  "Be Good Lady" takes its name from an obvious source and the melody comes from 4 notes that Goodman played from that source.  Nelson's solo over the dancing piano and brilliant high-hat is ingenious and downright delightful as is Fortner's solo that follows.  "Brink" is a playful quartet piece that its cue from 30s swing (sound at times like "Minnie the Moocher") with the irresistible interplay of the musicians flowing out of the speakers. 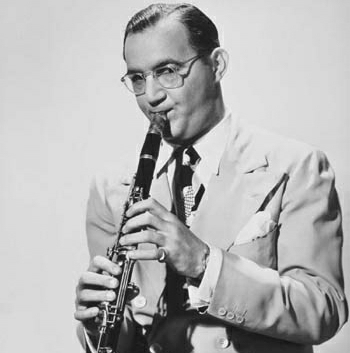 After an impressionistic opening to "Sing, Sing, Sing", the beating "tom-toms" enter and the song takes off.  Etkin plays at the top of his range while Fortner and Wilson provide him with forceful support.  The uncredited 13th track is the mysterious "Moonglow"; ushered in by tolling piano chords  and single notes from Nelson, Etkin plays the melody on bass clarinet. The quartet takes it easily as if playing beneath a Bayou moon.  The short but wide-ranging vibes solo leads into a two-handed piano treat. the clarinetist returns to take the band and the song out in style, if a bit breathy.

"What's New? Reimagining Benny Goodman" celebrates the past by making it come alive, not treating the material as museum pieces and not being afraid to take chances (the way Goodman did with his music and his life).  Oran Etkin chose his band carefully and they perform masterfully from beginning to end (if you've haven't discovered Sullivan Fortner yet, this is quite a calling card!)  Find it! Dig It! Tell your friends this is what good music is all about!

For more information, go to www.oranetkin.com.

Here's the sweet sounds of "Be Good Lady":